We don’t normally meet in June, but it turned out to be a good idea to add the lunch to our schedule last week.  It’s always nice to see so many of our regular attendees as well as a number of new faces.  Based on the reactions and questions, Bill Prom’s (Class of ’09) presentation on expeditionary shipbuilding during the War of 1812 went well.  We’ll let you know when the next events are scheduled.  We hope to see you then. 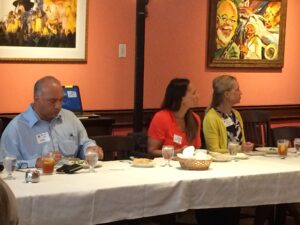 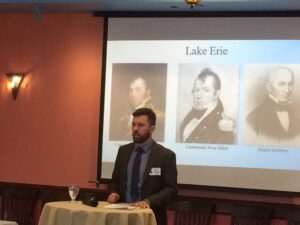 “A Warfare of Dockyards”: Expeditious Shipbuilding in the War of 1812.  Lunch & presentation with William Prom ‘09, writer & historian.
During the War of 1812, two self-taught American shipbuilders, the brothers Adam and Noah Brown, made everything from gunboats to ships of the line for the U.S. Navy—including the most successful privateers, the sloop of war Peacock, and the first steam-powered warship, Demologos. However, their most impressive work occurred in the wilderness around the Great Lakes and Lake Champlain. The presentation will illustrate some of their impressive feats and provide insight into current debates about raising and maintaining our modern navy.

William Prom commissioned into the Marine Corps after graduating from the U.S. Naval Academy in 2009 with a B.S. in History. In the Marine Corps, he served as an artillery officer for 5th Battalion, 11th Marines at Camp Pendleton, CA. He deployed to the Helmand province of Afghanistan in 2012 as a HIMARS Fire Direction Officer and on the 13th MEU in 2013-2014 as the BLT 1/4 Fire Support Officer and Fire Support Coordinator. William left the Marine Corps in 2014 and now works as a writer for CareerPro Global. His freelance work generally focuses on early U.S. Naval history and can be found in Naval History, CIMSEC, Real Clear Defense, and elsewhere.

TxGC MEMBERS ALWAYS GET $5 OFF!

Last week’s May luncheon proved to be a great success. Newc

omers, guests, and longtime participants seemed to enjoy the company and shared a few sea stories. We had the privilege to have Professor Richard Stoll speak to us on various current events and international relations topics.  Based on the number of questions, his presentation was clearly engaging.

If you weren’t able to make it to this event, we hope to see you next time. 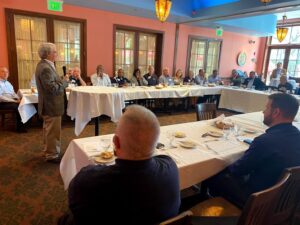 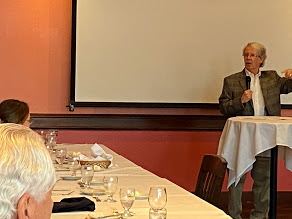 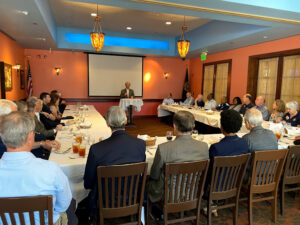 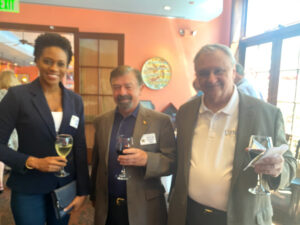 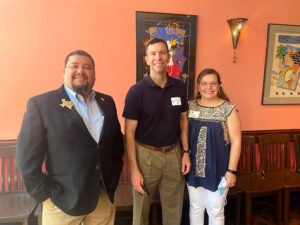 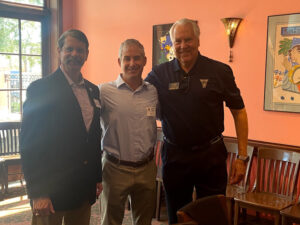 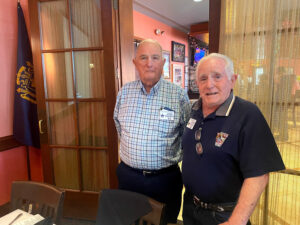 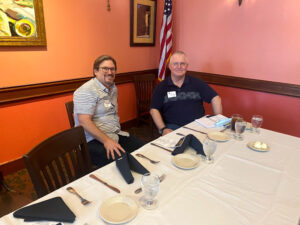 It’s that time of year again.  The All Academy Challenge is only 5 days away. This year’s competition runs from May 16-20 to see which service academy can raise funds from the largest percentage of their alumni.  The donations support the midshipmen with international programs, athletic programs, admissions outreach, the Center for Cyber Security Studies, the Stockdale Center for Ethical Leadership, and other programs

Last year 6,000 USNA Alumni raised over one million dollars.  Check the All Academy Challenge website for more details on how to participate.

The Naval Academy Minority Association (NAMA) Shared Intrest Group (SIG) is hosting a Women’s History Month Speaker Series titled, “Valiant Women of the Vote: Refusing to be Silenced” throughout March. All events are free and will take place remotely over Zoom.  The next event is a conversation with Captain Kathy Helms, Ret., Leadership Development Facilitator at the Office of Personnel Management, on Wednesday, March 17, 2021, at 7:00 EST.

The final event is a talk by Dr. Tracey Nicole Hayes ’92 on Wednesday, March 24.

Check out the link here for more information and to register any of the events in the series.  Come join the conversation and support one of the Naval Academy’s great Shared Intrest Groups.

There are no upcoming events.