Although he hails from New Castle, Colorado, Chris arrived in Texas as soon as he could. He graduated with a BS in Systems Engineering and was commissioned as an Ensign in 2007. Chris’ first tour was onboard USS DECATUR (DDG 73) home-ported in San Diego where he served as the OI Division Officer. In 2009 he was assigned to Nuclear Power School in Charleston, SC where he also attended Naval Prototype School. In 2010 Chris checked onboard USS STENNIS (CVN 74) in Bremerton, Washington and eventually assumed the duties as the Reactor Propulsion Division Officer. He fulfilled his commitment in 2012 and moved to Houston where he completed his Master of Engineering Management through Old Dominion University. Chris is a licensed engineer and currently works for Lockton Companies as a Senior Risk Engineer. He has served on the board of the TXGC Chapter since 2016 and is a former Chapter President and current Foundation President.

Bart was appointed to USNA by President-Elect John F. Kennedy. Following Youngster Cruise he figured the USMC was the place for him. He played Sprint Football, and Varsity Baseball and, re the latter, may have the distinction of being the only pitcher to run up a 9-0 record over two seasons without earning a varsity letter. Another highlight at USNA was his 1/c cruise with the Greek Navy on a voyage that took him to ports from Athens to Lisbon to Oslo and Copenhagen. Upon graduation Bart spent the summer as a drill instructor for the incoming class of ’69 before getting married to the girl who had been his best friend throughout high school. Then it was off to TBS at Quantico, followed by flight school at Pensacola, and shortly thereafter by Vietnam. Bart spent ’67-’68 flying for the Ugly Angels of HMM 362, where he was fortunate to survive over 1100 combat missions. Then it was back to Pensacola flying the T-34, T-28, and DC3 as a flight instructor. In 1971 he received a Masters in International Economics from the Fletcher School of Law&Diplomacy, and one day after graduation flew to Bangkok to start flying again for the CIA with Air America. His wife, Deborah, and two children spent two years with him in Northern Thailand/Laos before returning to the U.S. where he joined Gulf Oil at their Pittsburgh headquarters. In 1980 the family moved to The Woodlands where Bart worked in business development in the energy industry before retiring in 2018. Highlights in Texas include being a Board member of The Woodlands YMCA, running an active BGO program, arranging programs for many years for the TXGC Chapter luncheons, and now furthering the Foundation’s efforts in promoting USNA’s STEM programs. 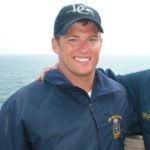 Raised in Houston, Drew graduated from the U.S. Naval Academy in 2009 with a B.S. in General Engineering. Drew’s first tour was onboard USS DONALD COOK (DDG 75) where he served as the Anti-Submarine Warfare Officer and deployed with NATO forces in support of Operation OCEAN SHIELD in the 5th Fleet AOR. From 2011 to 2013, he reported to Maritime Expeditionary Security Squadron (MSRON) TWO and deployed with a boat detachment to Kuwait in support of joint operations with the U.S. Army. Ashore, Drew served at the Office of Naval Intelligence in Washington, D.C. from 2013 to 2016 as a submarine warfare and tactics analyst. In addition, he also served as a White House Social Aide from 2014-2016. He received his MBA from Rice University in 2018 and is currently an Associate at J.P. Morgan’s Private Bank in Houston.

Born and raised in Castine, Maine by a family of mariners, Bret graduated with a B.S. in Ocean Engineering and was commissioned as an Ensign in the U.S. Navy in 2008. His first tour of duty was aboard the USS Mahan (DDG 72) as the Main Propulsion Division Officer and Strike Warfare Officer. Following his first tour, Bret served as a project manager for the Norfolk Ship Support Activity, where he led multiple destroyer and cruiser repair projects. Upon leaving the Navy, he moved to Houston and was hired as an analyst at Vega Energy, where he continues to work in business development. He has served on the board of both the chapter and the foundation since 2016. 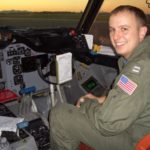 Bill grew up in Dallas, Texas, followed his two brothers Les (Class of 1993) and Jack (Class of 1997) to Annapolis, and graduated with a BS in English with the Class of 2001. Bill defeated his two brothers in the game of maritime service as he was the lone pilot among the three. He earned his Wings of Gold and was designated a Naval Aviator in February of 2003. He then joined the Fighting Marlins of VP-40 out of NAS Whidbey Island and deployed to Southeast Asia for most of 2005 where he flew missions in the P-3C Orion in support of Operation Enduring Freedom-Philippines. In November 2006, Bill returned to Texas as a primary flight instructor flying the T-34C Turbomentor as a member of the VT-28 Rangers out of NAS Corpus Christi. Bill left active duty in February of 2009, but continued to fly the T-34C in the selected reserves until 2013. He spent the first few years following active duty working for and with various defense industry contractors, including some time in San Diego, California where he was a part of the Navy’s UCAS program at Northrop Grumman that developed the first carrier-capable autonomous unmanned air vehicle—the X-47B. Bill graduated with a JD from South Texas College of Law Houston in December 2014. Bill is now assistant general counsel at Resource Environmental Solutions—a company based in Bellaire that provides comprehensive ecological restoration and water resource solutions across the country. He is married to the former Amanda Knight of Friendswood, Texas who is the senior sales director for sports and outdoor apparel and merchandise provider Augusta Sportswear Brands. Bill and Amanda have one son, Billy, who enjoys the finer things in life: such as dinosaurs, soccer, and construction sites. 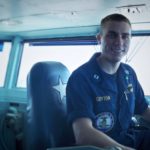 A native Houstonian, Matthew L. Guyton graduated from the United States Naval Academy in 2007 with a Bachelor of Science in Computer Science. He was commissioned as an Ensign in the United States Navy and began his service as the Gunnery and Ordnance Officer in USS STETHEM (DDG 63) home-ported in Yokosuka, Japan. In 2009, Guyton entered Nuclear Power School in Charleston, South Carolina and later completed Prototype training at MARF in Ballston Spa, New York. Guyton’s second tour was in USS JOHN C. STENNIS (CVN 74) as a Reactor Propulsion Division Officer. After five years of active duty service, Guyton returned to Houston and began a career in the energy industry at Bechtel Corporation. Serving in several technical positions, Guyton supported multiple domestic and international oil and gas projects. In 2016, Guyton was awarded a Master of Business Administration from Rice University. While at Rice, Guyton served as the Vice President of External Relations for the Veterans in Business Association, served on the Board of Entrepreneurs’ Organization- Houston Veterans Business Battle, and on the committee of the Rice Energy Finance Summit. Guyton currently works as an Associate in Wells Fargo Securities’ Energy & Power Investment Banking group focusing on mergers and acquisitions. Guyton has been an active member of the United States Naval Academy Alumni Association, Gulf Coast Chapter since 2012. Matt is a Chapter Past-President (2017), and previously served as Vice President and co-founded the Top Gun Benefit, the Chapter’s signature philanthropic event. Guyton and his wife, Brew G. McKenna currently resident in the Houston Heights. 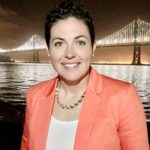 Haley Carter is a former U.S. Marine and retired professional women’s soccer player. She competed in NCAA Div I soccer at the U.S. Naval Academy and graduated with honors in 2006. After earning her commission, she served nearly eight years as a Marine Corps Logistics Officer, making two combat deployments in support of Operation Iraqi Freedom.  Between deployments, she competed for the U.S. All-Armed Forces Women’s Soccer team in the Council for International Military Sports World Championships in Ede, Netherlands in 2008 and Cherbourg, France in 2010. Haley was Marine Corps Air Station Cherry Point Female Athlete of the Year and finalist for Marine Corps Female Athlete of the Year in 2010.  Following Active Duty, Haley spent three seasons as a Goalkeeper for the Houston Dash of the National Women’s Soccer League (NWSL). In her final professional season, she was the first ever women’s player recognized with the FIFPro World Players’ Union Merit Award. Now retired from professional play, she serves as Assistant Coach for the Afghanistan Women’s National Soccer team.  In addition to her degree from the Naval Academy, Carter owns an MBA with Distinction from the University of Liverpool and currently attends the University of Houston Law Center in pursuit of her Juris Doctor. Beyond soccer, she is General Partner at Carter & Gardner, LLP, a business and management consulting firm, and leads Global Supply Chain Process Improvement for Exterran Energy Solutions.  She is a Lifetime Girl Scout and serves as Vice President for the Women Marines Association TX-7 Chapter. Carter is also an outspoken advocate of gun reform and currently serves as Chair of the City of Houston Commission Against Gun Violence. Her personal military decorations include the Defense Meritorious Service Medal and the Navy and Marine Corps Commendation Medal (w/ Gold Star in Lieu of Second Award. 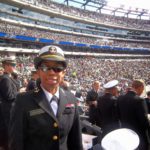 LT La’Shaundra S. Collins of Houston, Texas enlisted in the Navy as an Aviation Structural Mechanic (AM), and served in Fighter Squadron Composite Twelve (VFC-12) at NAS Oceana.  In 2007 she applied and accepted appointment to the Naval Academy class of 2012, graduating with a double Bachelor of Science degree in Information Technology and Computer Science.  After commissioning as an Ensign, she attended flight school in Pensacola, completing primary flight school at Training Squadron TEN (VT-10) in 2013, and transferred to Patrol Squadron Thirty (VP-30) in Jacksonville, to study and obtain her wings in the P3-C Orion, as a Naval Flight Officer (NFO), in 2014, and joined her new squadron, VP-47, Kaneohe Bay, Hawaii.  From 2015-17, she completed two deployments to EUCOM, AFRICOM, PACOM, and SOUTHCOM with VP-47.  In 2017, she received order to Houston to be a Naval Academy Field Admissions counselor, and now is responsible for recruiting and helping current and potential candidates start and complete applications to produce future officers in the US Navy and Marine Corps. 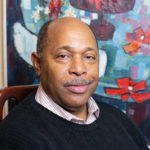 Jeff is a native Houstonian, parent to Brian White-USNA 2015/USMC Capt, BGO since 2015, former President and current board member of the USNA Texas Gulf Coast Parents’ Club, graduated from Ross S. Sterling High School in southeast Houston..  Jeff was one of the original students to enroll in the Rice University-Texas Southern University Dual-Degree Engineering Science Program. He obtained a Bachelor of Science in Chemical Engineering from Rice University and a Bachelor in Science in Chemistry from Texas Southern University.  Following college Jeff worked as a Process Engineer for Exxon Chemicals in Baytown, Texas and Offshore Field Engineer for Schlumberger Offshore Services in Morgan City, Louisiana.  Jeff left engineering to attend the Wharton Graduate School of Business at the University of Pennsylvania in Philadelphia where he obtained a MBA in Finance with an Accounting concentration.  Following Wharton, Jeff moved to New York where he worked for major domestic and international banks including Citibank, Natixis Bank, DG Bank, and Prudential-Bache Securities.  In 2001, after 15 years in New York, Jeff happily relocated to Houston with his wife Mamie, and son, Brian, to take a position with ABN AMRO Bank as a Vice President in the Integrated Energy- Credit Structuring & Portfolio Management Group.  Jeff is currently providing contract controller-bookkeeping services for several non-profit groups.  Jeff also provides SAT Prep services to High School students. 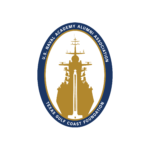