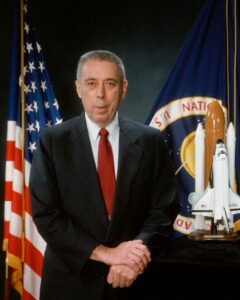 NASA’s Johnson Space Center renamed the Rocket Park for former Director George W.S. Abbey (USNA ’54). Abbey began working with NASA on the Apollo Program in 1964 as an Air Force Captain.  His NASA career included investigating the Apollo 1 ancient, serving as Director of Flight Operations, and Director of the Johnson Space Center, among many other roles.  His service has been recognized with the NASA Distinguished Service Medal and the Presidential Medal of Freedom.  You can read more of Abbey’s impressive bio in NASA’s press release for the Rocket Park dedication and the Houston Chronicle’s coverage of the dedication ceremony. 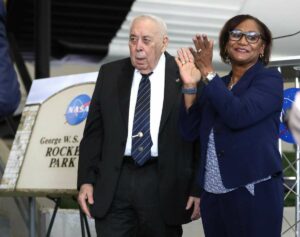